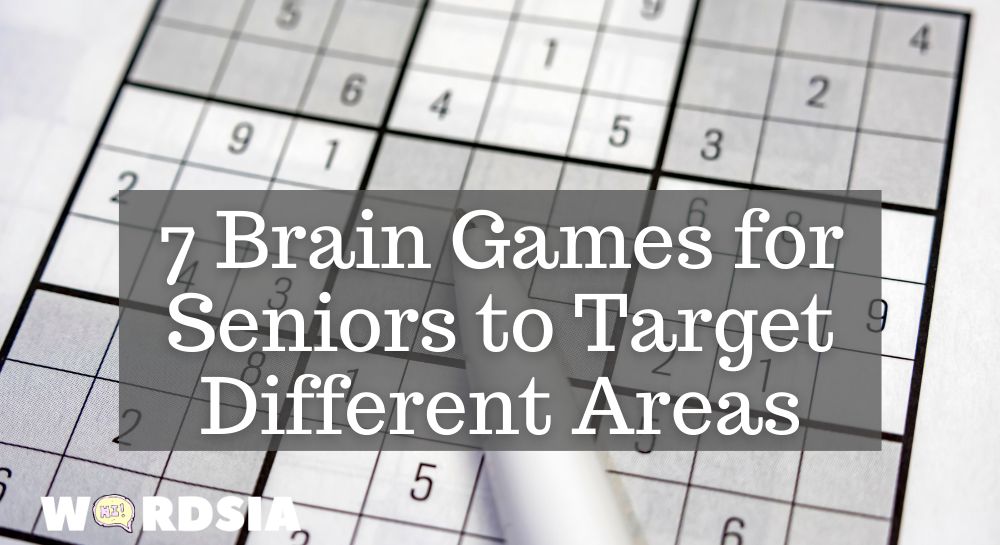 Just like the institutes of a society that play an important role in strengthening control over societal actions, the human brain also controls different aspects of human life. Considering this there is a strong need of bringing the brain into motion. That is why there have been separate brain games made to signify different areas.

Such a variety of games refresh one’s mind and oils the rust-coated brain veins. If this does not happen, then who will get to know who has got the brain of Albert 😉 !!

Elderly people usually face problems in communicating with their teen grandchildren. That is why it is important to have a good bunch of vocabulary which will eventually assist in everyday chit chat. Take a look at the following:

It is a mobile game where almost 4 pictures are presented to start with the game. You are expected to form a word that describes something in common. For your assistance, there is a group of letters given with a limited number of spaces. Those number of spaces mark the number of letters making up the answer.

These puzzles demand the player to find as many hidden words as possible from the jumbled-up letters. Through this new words can be formed and then learned. Ultimately you will find your vocabulary enhancing.

These can be easily found in mobile phones, books especially made for crosswords, or daily newspapers where there is a small portion given to this word game.

Brain Games to Ponder over Every Day Problems:

Everyone’s life is covered with a hard sheet of problems and the same goes for older people. There is always a need to defeat these problems and compete with them which is only possible if we come up with some creative solutions.

Such games motivate the players to think on their feet. Through this game, the player gets some brain-teasing questions of which there are some confusing answers. This urges the person to think out of the box. An example of the questions is: “A windowless room has three light bulbs. You are outside the room with three switches, each controlling one of the light bulbs. If you can only enter the room one time, how can you determine which switch controls which light bulb?”

This will help the elderly to think differently and assist the brain muscles in everyday contraction and relaxation.

There are pictures, letters, and a combination of words given to the players. Through these tools, the player has to guess a phrase or a sentence that makes sense.

Brain Games that Help in Planning:

Planning things ahead in life is always an important step towards a discipline turn. Elderly people might get a bundle of benefits while they plan. Planning tells them as to what tasks are to be made a part of life so that life turns from an empty bottle to a sweet glass of wine.

The chess game is all about putting your brains in the process of planning. After one’s turn, the player is expected to bite their nails and plan as to which movement of the pieces will earn the highest points. After playing for some months the player will automatically reach the highest degree.

Brain Games for Logics and Reasons:

How can we forget the importance of logic and reasons behind actions and sayings in people’s lives? Older people also are left with a lot of time to come with logical reasons, so let’s jump to the point:

If the elderly have played Sudoku then they know and you know!! This game of nonogram plays with numbers and carry logic. You don’t have to put the numbers in a certain pattern, shading the numbers is only the requirement.

When we talk about this brain game we target the older people having dexterity issues or arthritis. These puzzles are commonly found in the market where the gamer is expected to fix the jigsaws to form understandable pictures.

Other than this these puzzles can also be solved through a stylus on tablets.