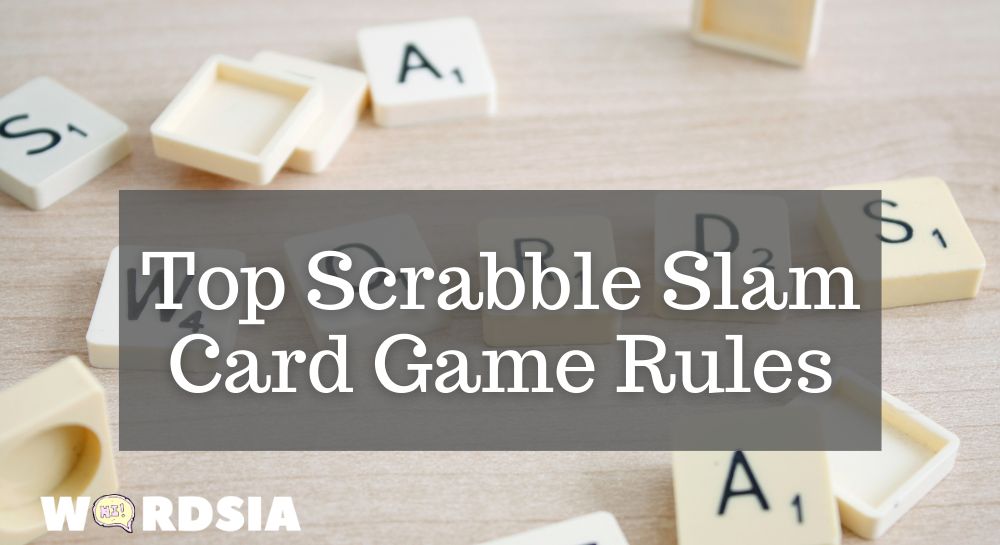 Scrabble slam card game is a new version of the old mechanical scrabbles board game. The difference between the two is that the scrabble slam card game takes less time and is super quick. This game does not believe in ageism or any sort of age limits which is why the cards welcome kids and adults too. I am sure you are now interested in playing this game so let’s jump on the rules of playing this game.

How to Play the Scrabble Slam Card Game:

You are demanded to form 4 letter words with the letter cards you have in your hand. Then the game continues when the players start replacing the first letter of the existing word they have themselves formed with the letters players have in hand. In this way every time new words have to be formed.

Like every other game, this game also comes to an end. It happens when any one of the players has run out of the letter cards and every possible word has been formed.

That player will be called a winner who has been the fastest informing all legally possible words and is left with the fewest cards or the one who has all of his cards finished.

You can arrange for a dictionary so that you can check if the formed words are legally part of English dictionaries or not.

You then just have to choose a player who is ready to form a starting standardized word. There are no limitations attached but for the players’ sake, an easy word should be selected to start with.

Now you have to shuffle all the cards thoroughly and distribute them among the players. There can be a small difference in the number of cards each gamer has because it is acceptable.

There are two types of cards that you will see in the card bundle. One has a letter on both sides and the other has a letter on one side and is blank from the other side. The blank card calls the player to set any letter he/she wants. Players continue to put their selected letter cards over the first letter card as the game proceeds.

4. Some important points to end with:

There are no proper turns in this game. The one who selects a relevant letter to form any meaningful word puts it over the first card quickly. That is why it is quick to go with the game.

You can challenge a word or show the sign of timeout with the letter T by your hands. The best thing here is that you are not punished or put to fulfill penalties on false challenges.

Ready, Set, Slam!! These words are used to mark the start of the game. Once said the players start putting the cards at a pretty fast speed.

It is surely an exciting and wonderful game to spend your precious time on. Adults and children both have enjoyed playing such a fast and easy-to-play card game. What are you waiting for? Blow off the dust and rub your hands because an exciting hour is waiting for you ahead!!